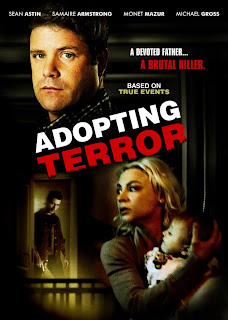 Now that 2012 is coming to a close I, just like countless other humans, have entered a very reflective state. Aside from a few personal challenges, my look back to 2012 includes a lot of moviegoing - that said, this was a big year for movie buffs! From the Avengers finally assembling to the Dark Knight Rising; motion pictures were all the rage in 2012.

I've also noticed that, my perspective on movies has changed quite a bit. Up until the last 12 months, I was always caught up in the status quo when it came to my movie choices.
For the most part, I would find myself entangled in the marketing hype and needed to see every blockbuster movie with no regard to the quality of the writing, production or directing. So if things went boom or there were great one-liners in the trailer, I was most likely going to see it.

This year, however, I noticed a change in my tendencies. Maybe it was the fact that I spent more time watching movies on Netflix or maybe that I had exhausted all the new flicks and resorted to watching movies that weren't necessarily box office smashes. Either way, my focus slowly shifted and I am now more critical of writing, character development, plots and anything related to the visual and audio presentation of a flick. Also, my patience wore thin with dumb stuff in movies.

Fast forward to tonight! My girlfriend decided to take her mind off losing her beloved Motorola Razr at work by loading up Adopting Terror on Netflix starring child acting icon Sean Austin and and un-naturally blonde Samaire Armstrong as the Broadbents.

Initially I was uninterested, but in passing by the television a few times, I picked up on the fact that the couple played by Austin and Armstrong recently adopted a baby and were in the process of finalizing the adoption.  As part of their final steps, they have several meetings with a social worker, Faye Hopkins, played by Monet Mazur, who clearly seems uninterested in the fact that the baby's birthfather has been lurking around the Broadbent's property. In fact, her disinterest actually is too obvious and any viewer with half a brain will quickly surmise that she is probably in partnership with the main antagonist.

Actually, I've already written too much regarding this movie, so let me cut to the chase!

It sucked! Actually, as I am writing this blog post, my girlfriend is still downstairs watching the movie. I stormed out of the room the moment I saw Ms. Broadbent hand her baby off to a nursing assistant and allow her to take the child out of her sight in a clinic. The last I checked, medical practices never separate a minor from their parents.

Bottom line – I was critical of the movie from the beginning when the social worker ignored the harassment from the birth father. I was also yelled out loud when no one thought it may be a good idea to call the cops; especially after the birth father was seen standing outside a window on the Broadbent property.  So when the baby was taken away from the parents in the clinic, I was done!

I've decided that I will no longer sit through a poorly written movie. It makes no sense that a writer/team of writers would be so careless as to ignore a major law and/or widely known policy just to develop a plot twist. If their goal was to create a moment of drama they fell flat on their faces.  In fact, this moment was so carelessly handled that I threatened to cancel my Netflix subscription if my girlfriend continued to watch that nonsense.

Obviously, I won't be canceling Netflix, but I'm just sayin...  Fortunately, I have the Dark Knight Rises combo pack and can enjoy that in my man cave as I type this Netflix Second Look.

Final Thoughts: I don't know how this movie ended, but I wasn't going to stick around to find out! The writers, directors and anyone else that had a hand in shaping this story should play hide and seek in he deepest, darkest corners of the Bat Cave with blind folds on and no home base!