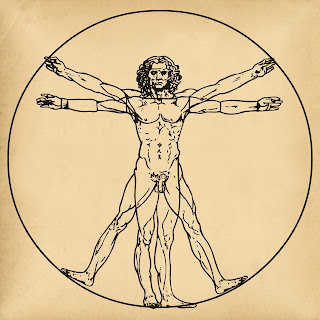 Honorable Mention - We Are Not Alone (Album)
Donny Arcade's We Are Not Alone is a shortlist of every #StayWoke topic just a mere Google search away. Remember the quote at the end of the X-Files openings? Sometimes you just have to "Believe The Lie" because "All Lies Lead To The Truth". And I've dismissed a lot of information which, in turn, led me to other info that I've found very compelling - not saying it's the Truth but somebody has some explaining to do.

5) Medicine Wheel (Song)
Medicine Wheel by Lia Ices is, hands down, the most beautiful song I've ever heard. A medicine wheel is from Native American culture and was used for healing work, as well as other spiritual aspects of the culture. In the song, mankind makes up the spokes of the wheel to do the healing work to heal ourselves. "Cause it takes each color we each hold, to make that wheel that we'll design that we'll design". I've listened to this song 100s of times and still get chills from my favorite lyric, "Protect us from a foggy view! Oh, medicine wheel, remind us now that we'll get through!"

4) Action/Reaction (Song)
As most famously proposed by Carl Jung, "Archetypes" are collective memories shared by a species, particularly humans. And Choir of Young Believers' song Action/Reaction can be interpreted as a song about the Sacred/Divine Feminine, Sophia, of the Anima archetypethe representing feminine energy which ebbs and flows. According to Jung, the anima matures from Eve (nurture) to Helen (desire) then Mary (devotion) until finally Sophia (understanding) is realized in the process of individuation.

3) Heart-Shaped Box (Song)
Sorry, Nirvana fans, but Heart-Shaped Box is not about Courtney Love's vagina - that's not to take anything away from her vagina, though. But if you're familiar with Jungian Psychology and the Anima archetype then the lyrics express Kurt Cobain's crisis as an anima-possessed man, specifically about being unable to individuate from Eve to Helen. Don't believe me? Fine. But, remember, Kurt Cobain himself said that Heart-Shaped Box was about 'kids with cancer' so to extrapolate any other meaning from the song (like being about Courtney Love's vagina) is a liberty of interpretation and to call him a liar.

2) Lateralus (Album)
Lateralus is so heavily coded that even the order you listen to the songs has significance, seriously, just google "lateralus play order". Exhibiting themes including astrology, alchemy, and higher consciousness, Lateralus primed me as a high school senior for aspects of philosophy and spirituality outside of my Christian upbringing. Tool's front man, Maynard James Keenan, is no stranger to lyrical intricacies but I dare say that Lateralus is the most delicately woven set of ideas, lyrically and musically, that has ever been recorded. And I'm still learning from it.

1) The Psychic World of Walter Reed (Album)
Killah Priet's album, PWOWR (pronounced "Power") is over 2 hours of esoteric footnotes about concepts that, like Lateralus, you already have to be familiar with in order to catch the lyrics. From the Tarot to the Kabbalah and Sacred Geometry to Astrotheology, a Google search of any term or phrase you don't recognize will lead you on a journey that will make you distinguish between what you actually know from what you merely believe. Released in 2013, I didn't discover PWOWR until 2014 and since then it's been a staple for almost daily listening for the past 2 years. And every so often, I pick up on something new or a concept makes that much more sense.