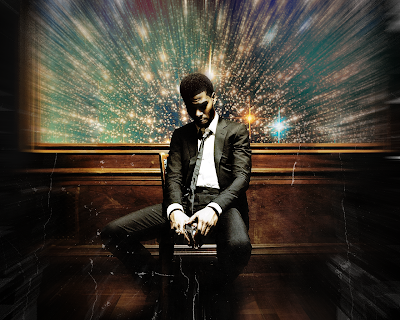 While the rest of the single population is in the throes of Cuffing Season I'm resisting the encroaching "Rager Season". See, I'm one of those melodramatic fools that associates music with the time of year and the Fall has been the most "interesting" season for me. Interesting in a good way though. I tend to have my best adventures in the Fall meeting the most interesting people and encounter the most change. Not too long ago I looked forward to the Fall so why am I not looking forward to this year's Rager Season? Maybe because for whatever reason the summer just feels unfinished to me. All work and no play made Jack a dull boy. Even though I went to weddings, class reunions, family reunions, and ripped up highways and byways on the Ninja I just wasn't "out there" like I wanted to be. Now it's Fall, the time of year I mostly keep to myself but I'm not ready for another Sabbatical.

I dubbed the Fall "Rager Season" in the spirit of the KiD CuDi track, Mr Rager [circa 2010], but the Fall has been a period of solitude for me starting a year out of college in 2007. I had moved to a new city for a new job and wanted to show the world what I was made of, that I was viable on my own. The only problem was that I didn't know what I was made of or who I was. In search for that answer the Fall was the time of year I reflected and looked within myself. Sometimes I would say rhetorically to myself, "what the fuck do you believe in?". I didn't know. I had no political stance, couldn't tell a Scientologist the difference between alien oppression and the virgin birth, or even whole heartedly argue that the chicken came first. So I turned to my drug of choice: music. In music the lyrics and compositions expressed my thoughts and emotions better than I could put them myself. Music always has for me. So I let music be the soundtrack to my introspection.

And every Fall since 2007 I'd go searching without knowing where to look. I would party, socialize, and chase loose women but while in my drunkenness my mind was constantly analyzing, critiquing, and observing the world around me. Then Spring would come around and I'd snap out of it still without the answer I was looking for. The warmer weather and girlfriends of the Spring wouldn't leave me to myself long enough to journey through my mind but after the break ups the weather would begin to cool down again and I welcomed the Fall with open mind. The period had become so sacred to me that it was sacrilege to listen to the music that defined the Fall for me any other time of the year (I'm one of those melodramatic fools, remember?).

Then in the summer of 2010 my father died. I don't know what depression is or feels like but I know I felt something close because I was in a rut. One Sunday weeks later, likely after a Saturday night of self medicating, I popped in a DVD my uncle had given me. What was on the DVD is not important, but what is important is that for the first time ever I learned something about the world. In all the observing, thinking, and analysing I had done in the Falls before, they all pointed to this new found knowledge flashing across my tv monitor. I had my first original thought - not a spoon-fed idea that I recited when appropriate. Not only did that one lazy Sunday lift me out of my rut, it set me down on the path toward the answer I was seeking; to know who I was.

The following Fall of 2010 would be the last of my Sabbaticals because I needed the solitude to germinate the budding ideas yet I still partied, socialized, and Raged - it was all apart of the process. The following Rager Season in 2011 was mild, it had came and left before I realized it. Unknown to me, I was so busy walking on my new path that I didn't realize it was Rager Season until it was almost over. I didn't know why but the Fall was losing it's affect on me and I wasn't ready to let it go. I was comfortable in that mental fog, it was a comfort zone. So the dread I felt about the coming Fall [2012] was a surprise to me. I didn't want it and I wanted to stay out of it.

Last week I fired up my old laptop, the one with all of the Rager Season music on it; playlists and all. In listening to those songs again they felt like they spoke to someone who wasn't in the room, like they were meant for someone else. In that moment I acknowledged that I wasn't that same person anymore, that I had grown and moved on and a lot of little things started to make sense. One of which was my disconnection with a framed art piece I had bought called "Me, Myself, and Why?". It's the profile of a black man from the waist up rolling up his sleeve for a fight against the mirror image of himself who he's nose-to-nose with, teeth gritted. When I saw the art piece in the store my soul leapt out my chest at it. After 2 months of saving I was finally able to purchase it and bring it home but in those two months that initial identity with the piece had left me. I didn't regret buying the artwork, it's prominently displayed in my studio but I wouldn't know why I lost my connection with it until almost a year later, this year.

I began drafting this post as if I had no choice about going through that period again but in writing this I'm learning what Rager Season meant to me and why I wasn't looking forward to another Fall. Now I realize that I have the choice not to because it's no longer needed. That's not to say I found what I'm looking for but now I know where to look, or should I say how to look - for myself.

Rager Seasons were some of the most fun I've ever had. I found myself learning the richest lessons in what my Christian up-bringing will consider to be the lowliest places. I truly made my bed in hell to find God still there (Psalm 139:8b). My 2007-self wouldn't recognize me today in a good way. The ideas and interest I have now are polar opposites to what enthralled me 5 years ago. Life was too complex to comprehend in my first 23 years and it's still complex now at 28 but my perspective has been calibrated. What's important in life to me has been redefined. My goals are more journey-oriented as opposed to destination-minded and my preferences more value-based rather than favoring traits.

In Rager Season I craved solitude but now that I'm beyond them I desire to engage my surroundings. That's why the Summer feels unfinished to me because I feel like I didn't engage enough. But engaging is what I plan to do from here forward and a lot of it. I don't know what the next season of life holds for me but my anticipation has never been higher.

I have two outros for you. The first is a riddle you may have heard before and the second is the poem intro to Killer Mike's album, Monster.

How far can you go into a forest? Halfway. After that you start going out.

Peace will never tame the hatred of me
I'm too restricted, separated from your society
I'm a new breed of species, a curse to lips that speak my name
I'm different, twisted, my mind is not the same

For those who deny the truth, but seek to try and find it
You my friend are blind to the truth for you are simple minded

My ways are called abnormal, they treat me as if forsaken
But all should feel the wrath just like when my heart was taken

This beast is on the loose, if you treasure life then destroy it
For it is too realistic for you to simply ignore it