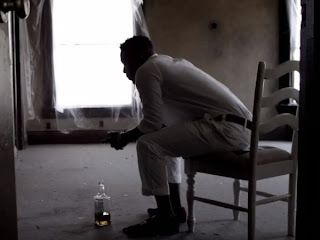 I'm late to the Kendrick Lamar party but the cat definitely has my musical attention. When I first heard his single "Swimming Pools (Drank)" I initially thought "MAN IMMA GO GET FOOQED UP TO THIS!" Between the beat and the catchy hook I thought it was the perfect party song.

Swimming Pools (Drank) took on a whole 'nother life when I actually listened to the lyrics. Kendrick Lamar was rapping about his own relationship with alcohol and even
had the all too familiar drunk-conversation-with-yourself dialogue. I was speechless and actually felt kinda stupid for really wanting to pour a pool full of liquor and dive in it (...at the booty club). Taking a step back, I let the song sink in because my own relationship with alcohol is a peculiar one.

Genetics blessed me with my liver, ya dig? None of the women in my family liked the drinking but the men dranked and I saw the wedge it drove between my parents. So much so that I wasn't even allowed to use the word "drink" generically, I had to call the non-alcoholic beverage that I wanted to consume by name. With all the drama alcohol caused in my upbringing I told myself that I would never drink but I was still curious like WTF is so special about this liquid? So I occassionally sipped pop's stash as a kid and got used to the burn of whiskey and thought it was really nothing special.

Then I went to college.

Early freshman year I played a drinking card game with some friends and actually drunk enough to be, well, drunk. Wow! Not a bad feeling! And wait, what, no hangover? Run that back! The next thing I know I had a drankin pa'tna, knew "white" was my drink of choice, and could hold a 12-pack, 11 shots, or damn near a fifth and still be on my feet - no blackout. I was a champion.

"Nigga, why you babysittin' only 2 or 3 shots, Imma show you how to turn it up a notch!" - Kendrick Lamar 'Swimming Pools (Drank)' 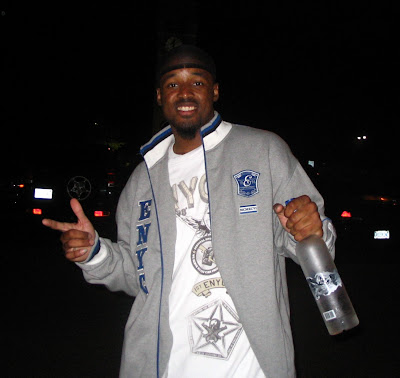 Isaiah 5:22 (NIV)
Woe to those who are heroes at drinking wine and champions at mixing drinks

I know the Bible doesn't outright say no alcohol but as a hardcore party boy I was going to get it. The whole while I thought I was special because the alcoholism I saw on tv and read in text books wasn't the alcoholism I saw at home. I didn't see domestic violence, DUI's, or day-to-day dysfunction. I only saw the empty beer cans and whiskey bottles along with the displeasure in my mother's demeanor. If I wasn't violent, so what? Didn't drink and drive, so what? Held my job, so what? What's bingeing every now and then? I even thought just because I didn't keep alcohol on-deck and only drank in social settings that I wasn't in danger of being a (text book) alcoholic. It was nothing to me.

It was nothing until I started to like it a little too much. When it became a welcomed escape I knew I was starting to toe a line I didn't want to be anywhere near so I used the free will I had left to not drink every.single.time I went out. I didn't stop drinking totally but I don't have to drink to have a good time anymore. Some people would call that moderation but I don't know what to call it because it's something I'm still settling within myself. I'm still settling within myself that I'm not doomed to repeat anyone in my family, that my marriage won't suffer because of alcohol, and that I can live outside of that shadow.

Kendrick Lamar, I feel you on that Swimming Pools track.


Disclaimer: I’m an employee of Turner Broadcasting, a division of Time Warner, however the views expressed in this post are of my own.
Posted by Steve