Agents of Shield: The Review Marvel Fans Won't Like 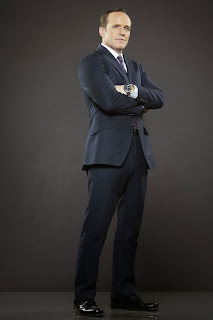 Before I allow my emotions to get involved in my review of Marvel's new series, Agents of S.H.I.E.L.D., I need to set the record straight on a few things.
Here goes.  I have no allegiance to neither Marvel nor DC Comics, however Batman is tops as my favorite comic book character - oddly enough - right along with Tony Stark.  All things aside, TV is in need of a superhero themed show.  With the second demise of Alphas and the gut wrenching end of Heros a few years ago, there is plenty of real estate for a solid superhero TV series.  Marvel actually meets all the criteria for pulling off such a feat because they were smart enough to establish a connected universe as well as put on the best superhero showing of the last 10 years with all roads leading to The Avengers.

There is so much bandwidth in the Marvel Universe its redonkulous.  I don't ever see this happening, but I am confident there is room for all of their properties to unite on one screen.  I'm not sure why it would happen, but it could.  With consideration given to the X-men, this is quite possible thanks to Marvel's focus on not doing dumb stuff with their characters.

All that said, Agents of S.H.I.E.L.D. was the mother of all let downs.

The premier episode of Agents of S.H.I.E.L.D. was a lost cause.  Though the action pieces were nicely done for a prime time television series, the attempt to establish credibility with new [and old] characters left a bad taste in my mouth.  To begin with, Agent Coulson returns from the dead - or so we are led to believe.  Okay, let me just say it, its obvious the original Agent Coulson took an L to Thor's baby bro and the geniuses at S.H.I.E.L.D. loved him so much they either cloned him or made a robot with all his memories.  The TV version of Agent Coulson obviously has no idea he's just a duplicate and I'm sure this will play out in future episodes. 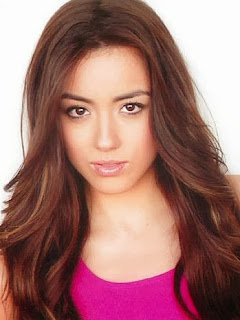 Next on my list of stuff I don't like is the addition of "Fitz Simmons."  That is Agent Fitz and Agent Simmons to be correct.  It is obvious the writers are attempting to add an element of humor to an otherwise sterile onscreen universe that for now simply feels like a placeholder for the next Avengers movie.  The two characters were corny at best and felt thrown in to keep the young kids laughing while watching a show that actually does have a dark undertone.  In fact, this dark undertone is the only thing the show did pull off well outside of the visual effects.

Agents of S.H.I.E.L.D. is set in a world that has just come to grips that demigods and aliens exist.  S.H.I.E.L.D.'s cover has been blown and it is now open season for superheros to walk the streets in broad daylight.  The problem is, not everyone with a power is meant to be a hero and this decision making process is where S.H.I.E.L.D. comes in.  Initially, the organization is portrayed as a tag'em and bag'em police force that is on red alert thanks to an underground movement led by the amazingly cute Skye, played by Chloe Bennet.  But just as quickly as she's revealed to be the brains behind the operation to help gather super humans, she is confronted by S.H.I.E.L.D. and forced to re-think her approach.  I'm actually happy that she'll be in more episodes cause that's about the only reason I can foresee myself stomaching the show.

Overall, the show may take with uber Marvel fanboys/girls, or the uninitiated pre-teens who still demand that their birthday cakes come in the shape of Wolverine.  As for the rest of us adults, we were all probably searching for a reason to not erase our DVR schedulers.

Just as the show was closing out, I committed to the notion of giving it one more episode - just to see if tea Marvel can pull it together.  Then no sooner than I signed my mental agreement in blood, Agent Coulson's whip pulled a flying Delorean move.  After throwing my hands in the air and falling back on the couch in disgust, I thought about Chloe Bennet and all was well in the world again.

Final thoughts...  When does season two of Arrow start?