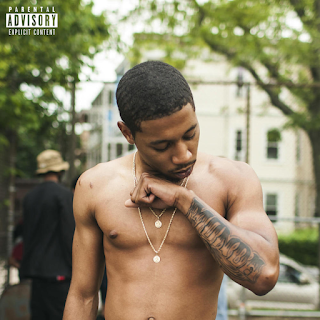 I was introduced to Boston's Cousin Stizz via a YouTube video that used his track"Fresh Prince" from his debut Suffolk County mixtape:


Since then, I've periodically checked for Stizz and after discovering his sophomore mixtape, Monda, in my notifications, I immediately put it in heavy rotation - heavy as in I literally wake up to the intro track, "Wanted To Live", everyday. Now, Monda is now serving as the soundtrack to my own #SummerSixteen, even without looking for revenge.

Monda hit the ground running with the hyped "Wanted To Live" and "Day Gone" as Stizz switched up his sound from Suffolk County. From there, he'd split the tape between old and new sounds while using his experiences since Suffolk as a spring board for new inspiration. So, as I could listen to Suffolk County without skipping tracks, I found myself getting stuck and putting Monda tracks on repeat, coincidentally tracks with Stizz' new sound. Tracks like "No Skrat", a bouncy, lowkey booty club banger - lowkey as in you walk in during day shift and wonder how you're broke before the sun went down - and "Every Season" and "Big Fella" with a reflective, motivational Stizz.

So while Monda is very much play-through worthy, it has more stand out tracks that uniquely separate themselves from the rest of the mix. This lead to me wanting more from Stizz and making Monda feel unfinished, in a good way. Even my wife, who is a very picky music listener, only skipped 1 track while bouncing to all of the others. Then again, she thought it was Wiz Khalifa, so there's that. But neither me or her listen to Khalifa like that so there's that, too. Seriously, though, I can't draw an honest comparison between Cousin Stizz and anyone else. Only that I get a similar 'coming into one's own' vibe I got from an early CuDi.

All of the above has made Monda my best music pick up this summer. Period. And the only thing keeping me off my millionth spin of Killah Priest's PWOWR (Psychic World of Walter Reed).