Is the Dream [Team] Still Alive? 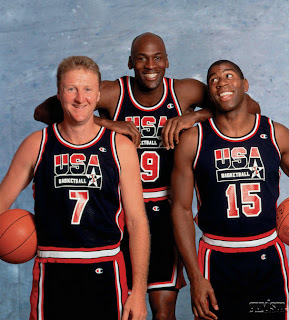 20 years ago, I never thought there would be a day when I would be old enough to watch two generations of professional basketball players start and end their careers. Well technically, most of the greats from the 1996 NBA draft are still putting in work for their respective teams, but still, the end is near.
After watching the U.S. men's Olympic team fight tooth and nail with a very talented Spanish team to take the gold, I am convinced that the state of global basketball is more balanced than it has ever been. In fact, I believe that if a global league existed with at least a 50 game season, the stars and strips team wouldn't necessarily mop up the competition.

As unpatriotic as I may sound right now, I am proud that the men and women took gold in the Olympic games. I also want to preface by saying, I have always respected the international women's game and because we live in a male-dominated country, the women simply haven't been given the credit they deserve – on any given night, there are plenty of professional women's teams that could give a lot of men's teams the dirty work.

This year the Olympic games had as many as 40 male athletes who are current NBA players. Teams like Spain, France and Argentina featured more than a handful of NBA players. Additionally, many of the players featured on the international teams are stars on their U.S. teams with several being recognized as NBA All-Stars. With this much talent, suddenly a team full of U.S. NBA stars are forced to face the reality that ransacking their way through international competition may prove to be easier said than done.

With this big picture in mind, several thoughts run through my head. Year after year, whether its the FIBA World Championships or Olympics, analysts never fail to raise comparisons between the current U.S. team and the 1992 “Dream Team.” One after another analysts and basketball experts offer compelling insights on head-to-head matchups, often comparing statistics and individual player attributes.

As a bit of a basketball historian, I do believe the 1992 men's team was unique in that it featured some of the most gifted basketball players across several generations of the sport and showcased athletes that represented nearly 20 years of NBA Finals competitors. So with all that said, I have always wondered how the 1992 team would have fared against the international teams of today. Afterall, in 1992 there were only a handful of international players with NBA experience, so it was nothing to pounce on teams on the path to a gold medal game. Even teams like Croatia, with several amazing athletes, didn't stand much of a chance. But what would happen in today's game? 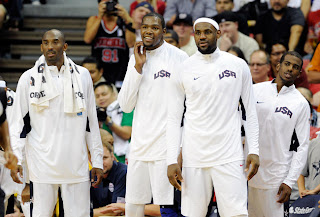 I do believe the 1992 team would still go undefeated, but I don't think the average margin of victory would be the same. Watching Spain dominate the gold medal game made it clear that the game has truly gone global. With the exception of Kevin Durant's “lights out” performance and a few critical hustle plays on defense, Spain made the boys in red, white and blue work. Watching the game felt like a NBA finals game and as uneasy as it made me, I was pleased that the game was competitive. I'll even let you in on a secret – I missed the live broadcast, was aware the U.S. won thanks to Facebook and still sat on the edge of my seat as Pau Gasol, Rudy and the rest of the Spaniards gave the U.S. the business.

Ultimately, I love the game and always hope to see the United States dominate in any and every international competition, but 20 years after the 1992 team demonstrated their dominance, I can't help but wonder what may happen in the next 10 years. I look forward to the future of international basketball, but have to wonder how much longer the United States has to dominate the sport. And for the record, in my mind, no team will ever compare to the 1992 “Dream Team!”