There Is Something About a Suit 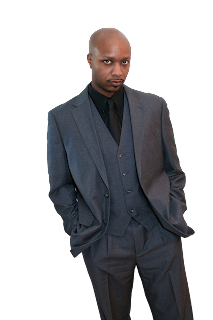 So, for those that don't know, I've been in a full-fledged job search for a few months now which has been full of ups and downs.  Most adults can appreciate how challenging it is to reinvent yourself on the fly to appeal to employers and more so how difficult it is to stay encouraged during a search.  As each week creeps by, you feel yourself fading or questioning life and every decision you've ever made that got you to this point.  Without claiming depression over my life, the search is basically downright depressing.  Of course, everything changes when you get a call for an interview!

If www.SteveandJ.Tv is any indication of what I love doing, you can imagine I'm seeking opportunities that all me to tap into my skills as a communicator and multimedia specialist.  So earlier this week, I applied for position that I felt captured my ideal work situation at this point in my life and career and was delighted to receive the notification that I advanced to an interview.  Depression gone, smile on my face, pep in my step and all was well.

With that, there is one thing left to do.  Time to go suit shopping!!! 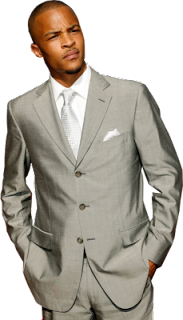 A few weeks ago, I picked up some "walking around" money with my trusty Nikon D90 dSLR and could not decide what to do with my dough.  I knew I wanted to invest it in something rather than waste it, so all of the toys I had been eyeballing like the Akai APC 40 or Final Cut Pro X software were out.  But still, I was plagued with what every person with "walking around" money is afflicted with.  It burns!!!  Oh it burns!!!  I have to get it out of my pocket immediately or I will die!

For weeks I struggled to justify any purchases with my cash then the phone call came and suddenly, T.I. came to mind.  Yes...T.I.  The "King of the South", Tip, Mr. Gun Runner himself.  See, T.I. is a bit of a paradox to me.  He often speaks of his exploits in his music and when he's in front of a camera he has no fear in embodying a borderline thug image - minus the grimy appearance.  In fact, at roughly 5' 7''ish and maybe 145 pounds T.I. has ushered in a whole new movement - Petite thugs!  But how did he do it!

T.I. looks sharp in a suit!  Obviously he's a confident man weather he's in a suit or not, but it's the image that sells his confidence.  A man in a suit is perceived as powerful, intellectual, civilized and refined.  With a proper fitting suit any man can transform himself and gain the respect of others.

Now don't get me wrong, I actually own a small arsenal of suits and have always understood the value of putting my best foot forward on a job interview, but there is nothing like a new suit.  There is something indescribable about that first time I stand in front of a mirror and make that last adjustment to my sleeve.  All of the insecurities are washed away and I am a new creature.  Any doubts I may have had are erased and I'm confident I can take on any new challenge.

One of my favorite movies, Takers, shows how T.I.'s character Ghost made it his mission to stop at a men's clothing store the moment he was released from prison.  He was fitted for several suits, made his purchase and was on his way to cause chaos and mayhem in the movie.  Although he probably did need some fresh gear after being locked up, it wasn't Jordans or fitted caps he sought - it was dress suits.

So, to all my brothers and brothers from other mothers in need of encouragement but not sure where to find it, start with a trip to the closest men's clothing store.  Even if you are on a budget, like me, you still deserve to feel good about yourself.  And trust me, others will eventually feel good about you as well.

Ya'll should have seen your boy in his gray 2 button center-vented jacket, vest and black tie on black shirt!  You couldn't tell me nuthin!!!  Stay encouraged!

Note:  If you are near a K&G Mens Warehouse  they have a nice buy 1 get 2 free sale going on.  I'll be sure to post pics of the two free suits I got!