Voltron's weapon arsenal is where Legendary Defender can take the most liberties and really change up the super bot for the better. So while Defender of the Universe has a myriad of attacks, as documented on Voltron Central, I'll just stick with the ones I actually saw for myself while watching the cartoon.

Eye Beams - Pretty self-explanatory. This is what happens if looks could kill but don't. Eye Beams only end up pissing off the bad guys. 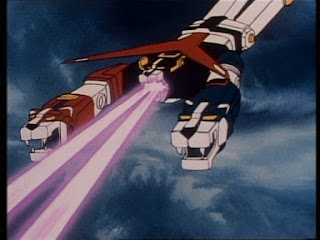 Lion Head Attack - Voltron ejects the heads of the Lions in his most desperate move. What better thing to do in the heat of battle than throwing your appendages at them. 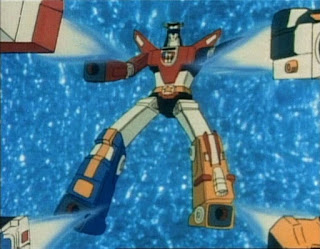 Sting Ray Missiles - For when you want to tickle your opponent. 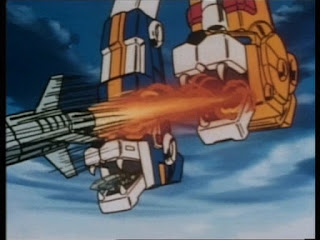 Electro Force Cross - When Voltron was yoked up and pinned down this hands-free attack was his only recourse. But when it comes down to blessing the bad guy in the name of King Alfor just pull out the sword, ok? 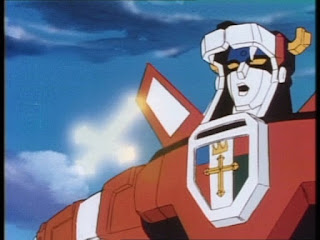 Blazing Sword - Voltron's Blazing Sword is the only weapon that actually does something useful. And by useful I mean acutally damage the bad guy. And by actually damage the bad guy I mean kill them in 1 slice. So because of that, the Blazing Sword is the very definition of O.P. - that's gamer speak for "over powered". That pretty much makes it the only weapon he needs and the battles would be a lot more interesting if they were just sword duels with hand, er, Lion-to-hand combat.

Dramatic Music - During battles in which Voltron is brought to the very brink, only dramatic music can lift him to victory, usually by two slices of the Blazing Sword. So King Alfor forbid that you ever hear the dramatic music but that's the only way to know you really pissed Voltron off.


Disclaimer: Steve is an employee of Turner Broadcasting, a division of Time Warner, however the views expressed in this post are of my own.
Posted by Steve