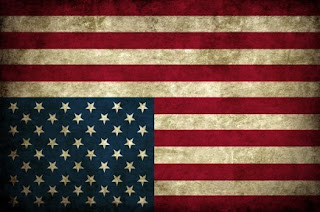 No matter which side you're on I believe it's safe to say that last week's events made for a pretty tough week for all of us. And, ironically, it was the week that the United States celebrated its independence. The news described Dallas as the worst "since 9/11" but I disagree. The 9/11 hijackers were not from the USA but the events of the past week pit American against American revealing a deeply divided house.
And instead of seeing Facebook offer temporary profile pictures of an American flag overlay for solidarity, we saw countries issue travel advisories to its respective citizens about traveling here. Just let that sink in. We're divided over a line that some want to argue isn't even there. Others say that Black people can't claim the line solely for themselves. But no matter which way you spin it - racism or just raw police brutality - a change is needed and before this divided house falls in on itself.